The role of small-scale fisheries in promoting Nutrition worldwide 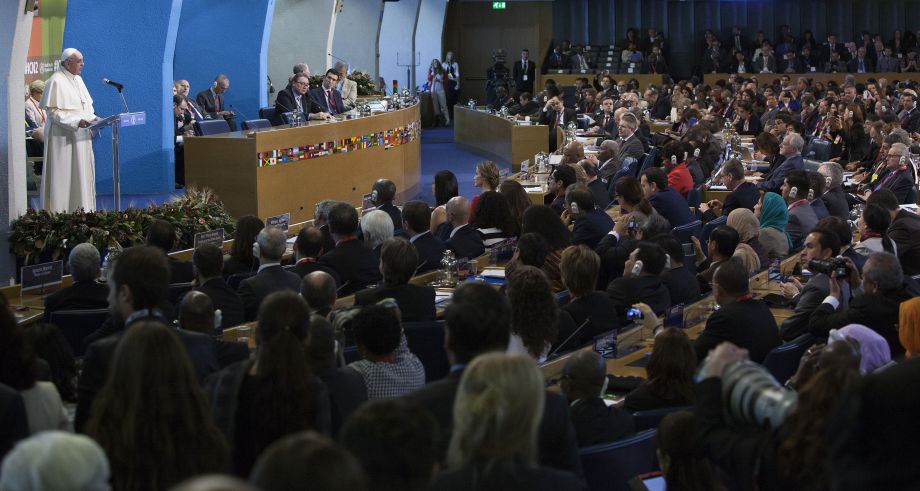 Members of the coordinating committee of the WFFP Jorge Varela Marquez (Honduras), Muhammad Ali Shah (Pakistan) and Christiana Saiti Louwa (Kenya) navigated a space that has historically been dominated by a strong agricultural and pastoralist focus and  lobbied on behalf of world fishers to try get ocean grabbing on the agenda and the importance of the international voluntary guidelines in securing world nutrition.

ICN2 was a high-level intergovernmental meeting that focused global attention on addressing malnutrition in all its forms. Over 2 200 participants attended the meeting, including representatives from more than 170 governments, 150 representatives from civil society and nearly 100 from the business community.

In addition to plenary sessions held on November 19th, 20th and 21st, several pre-conference events for parliamentarians, civil society and the private sector, as well as round tables and side events, provided a forum for participants to delve deeper into specific nutrition issues. The two main outcome documents–the Rome Declaration on Nutrition and the Framework for Action—were endorsed by participating governments at the conference, committing world leaders to establishing national policies aimed at eradicating malnutrition and transforming food systems to make nutritious diets available to all.

The conference brought together senior national  policy makers from agriculture, health and other relevant ministries, UN agencies, inter governmental organizations, civil society organizations, researchers, private sectors and consumers. However, grassroots organisations were disappointed at the low level in which they were allowed to influence processes and outcomes. On reflecting on the conference members sat that they felt like spectators and their role reduced to mere evaluation instead of that of providing inputs or interventions to the ICN2 process and outcomes. They argue that for any serious transition towards achieving world nutrition and an ecological and just food regime, privatization (grabbing) of ocean, lakes etc must be stopped and fishing policies that put small scale fisheries and communities in the heart of governance and caring for oceans, lakes, rivers be put in place have to be implemented.

However, despite the shortcomings The Civil Society Organizations event (17th  – 18th Nov.2014) brought together representatives of both the grassroots Social Movements and Civil  Society Organizations dealing with nutrition and food security, health and other relevant issues. The main focus was to discuss and agree on a statement to be read at plenary ( during the conference) and also to discuss mechanisms to follow up on ICN2 decisions and to contribute to its accountability.

The WFFP will continue to be present at high level international meetings such as ICN2 and use the platform to fight for the rights of small scale fishers world wide.

and to read the social movements statement on nutrition click here