WFFP Conference Kicks of with a warning from US professor 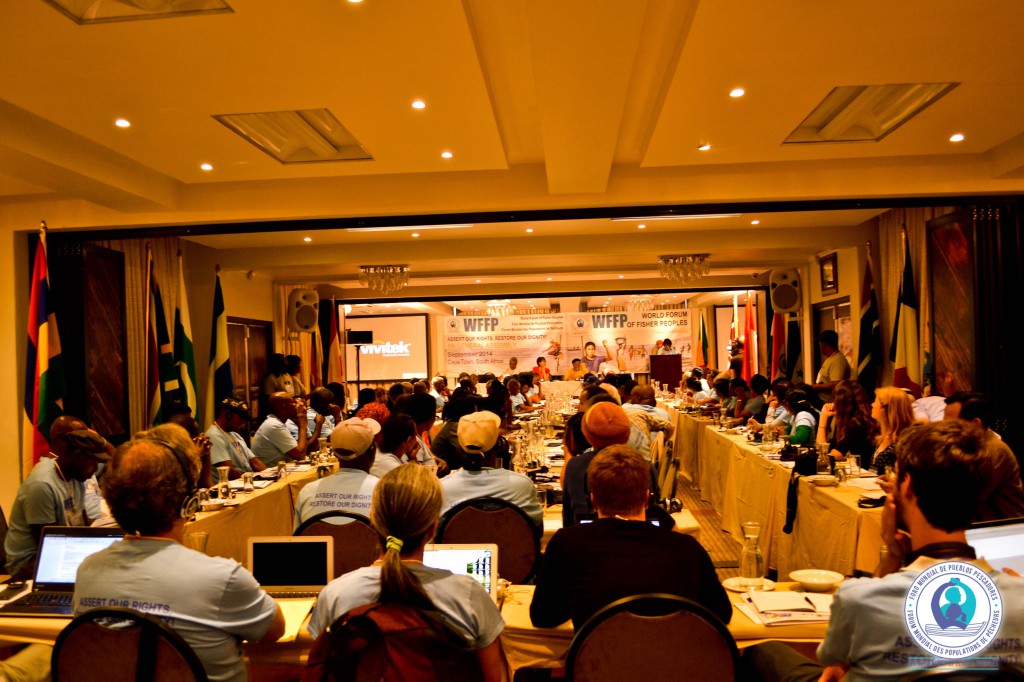 As the 6th WFFP General Assembly got underway today, delegates from all around the world came together to begin discussions on the challenges and the way forward of the WFFP.

With thanks to WFFP member Masifundise, all 120 delegates were treated to local cultural items of entertainment, including a rousing struggle song, delivered by Coastal Links members, to encourage the continuation of the struggle of the WFFP against those forces which wish to take away our rights. 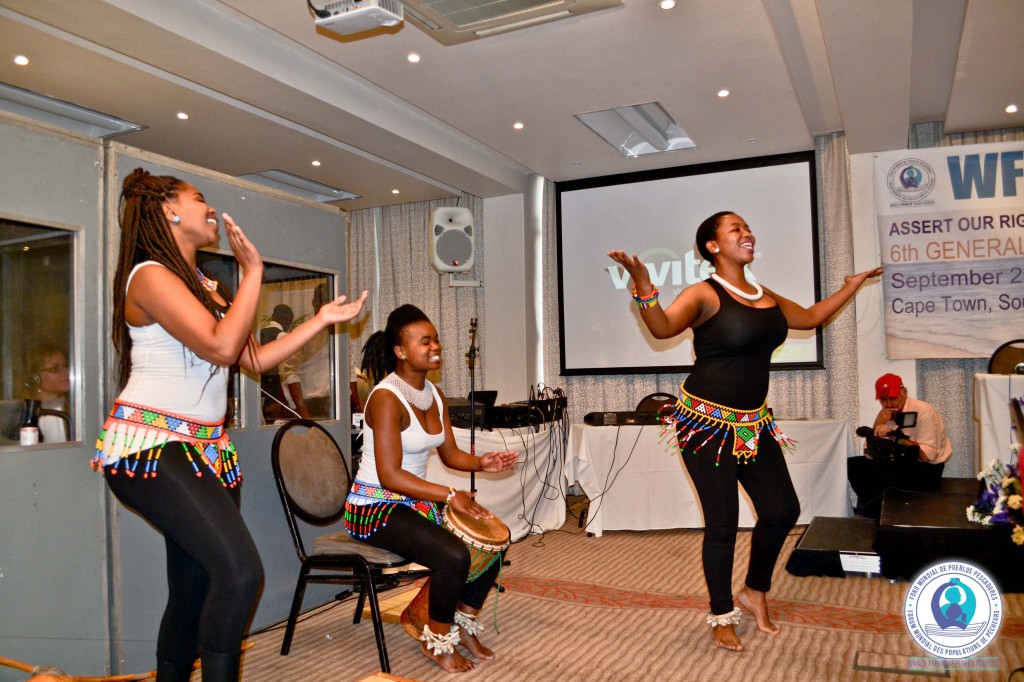 Following these energising segments, the delegation received an awakening address from Associate Professor Seth Macinko from Rhode Island University, warning and reminding the WFFP of the forces that are constantly working against small-scale fisheries rights.

“They talk about rights based fisheries and they actually mean privatisation,” he said.

“They make claims of social and environmental benefits. They talk about helping the poor. You have to take stock and understand the language they use, because when they talk about rights, it is not the same thing you have in mind,” he said.

He said that privatisation is predicated upon an embrace of trickle-down economics, which has not worked the world over.

“My advice to you is beware of these developments – of the strategically benign language and the attempts to co-opt the discourse of the Small-Scale Fisheries Guidelines which you fought for.” 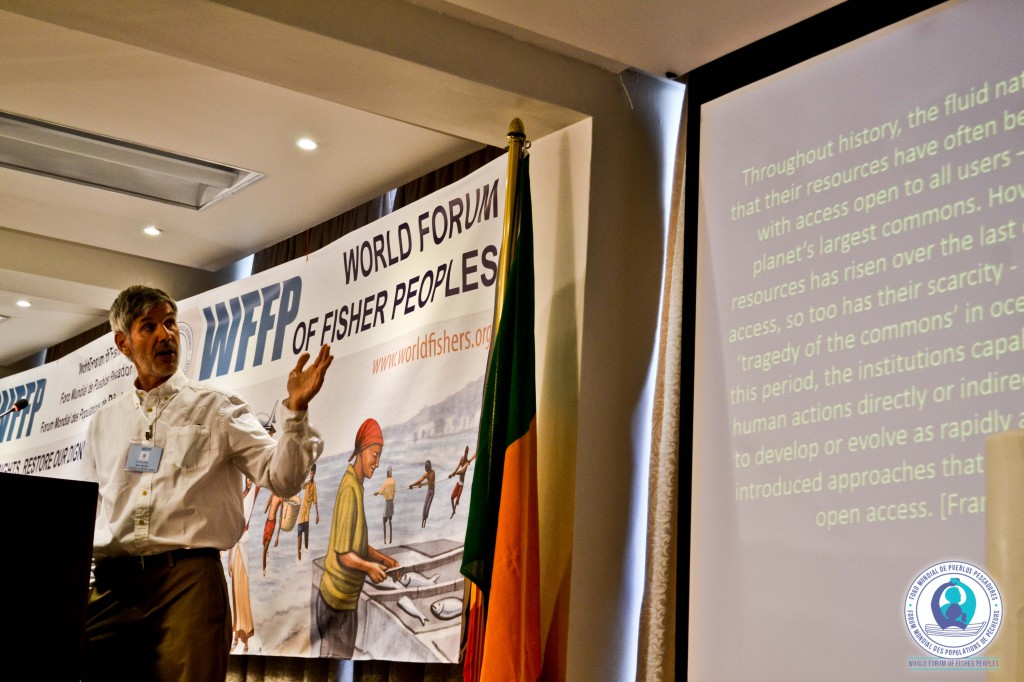 There were two other addresses at the opening ceremony, by Monelo George Bongo, the chairperson of Masifundise Development Trust and Mrs Maria Hoffman, a fisher leader from the Western Cape.

A short DVD and an address by Andy Johnston of the Artisanal Fishers Association paid tribute to Indian activist Thomas Kocherry, a founder of the WFFP, who passed away earlier this year.

Following on from this and concluding the morning session, WFFP delegates began the process of delivering feedback from their organisations, readying the conference for the four days ahead. 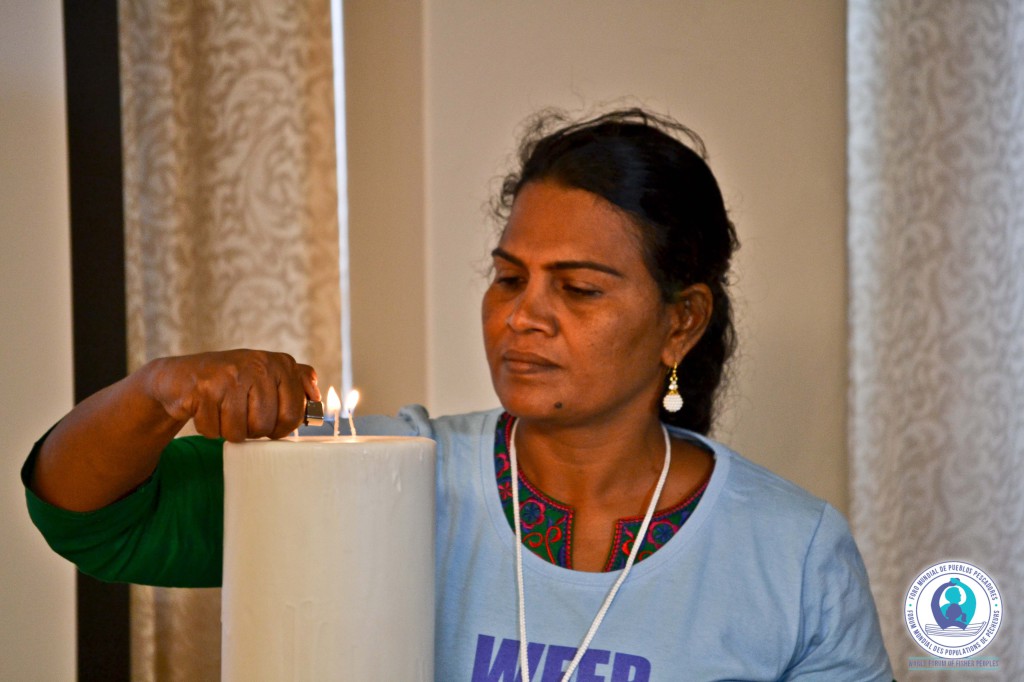